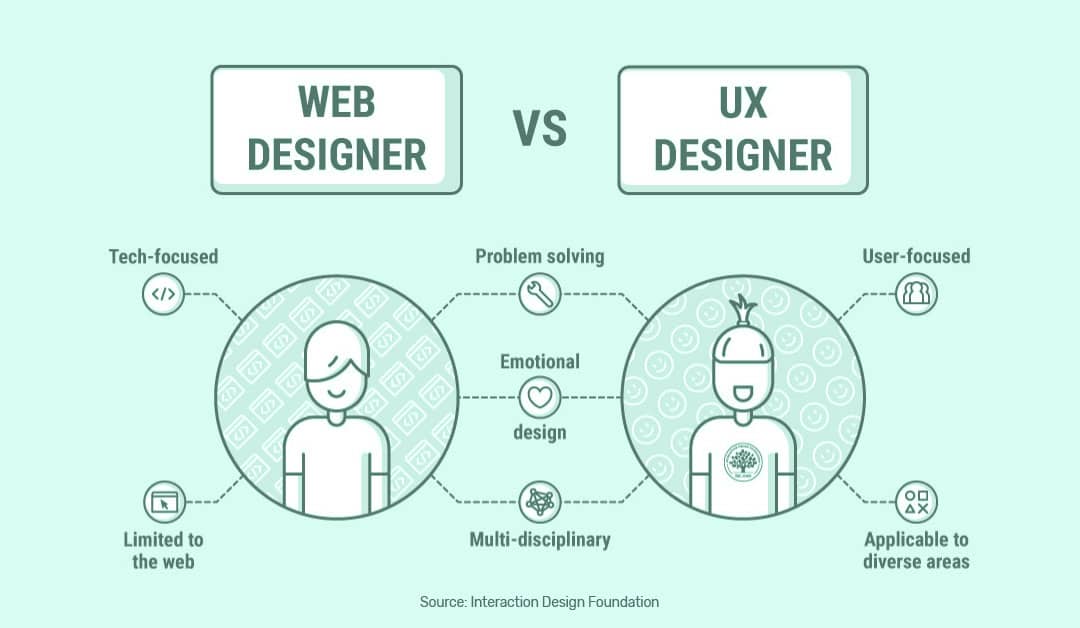 In 2001, I had never heard of or read about user experience (UX). My focus as a web designer was on project requirements, technology, and branding. Over the course of my 18-year career, I have learned to instead concentrate on the user. Moving from being a web designer to a UX designer can be a natural evolution if you’re receptive to changing your focus.

Focused on technology and branding

In the early 2000s, the Internet in Portugal was a growing phenomenon. Fascinated by the possibilities that new technologies provided, I embarked on a multimedia professional training course. I learned to work with tools like Adobe Photoshop and Flash, HTML, CSS, and Javascript and discovered a few lessons about design along the way.

I was interested in developing visually appealing interactive products that would be used by as many people as possible. I wanted to develop user interfaces like those in the science fiction films that I loved.

The first project I participated in was at a tech company. The project’s focus was on technology and little was known about the user. First, we defined the scope of the project. The design of interfaces was considered beautification, supported more on beliefs than on facts. Many of the clients that I had at the beginning of my career were more concerned with promoting their brand and being at the forefront of technology than solving problems for the users of their products.

As a web designer, I was always keeping up with the latest development of HTML, CSS, or other programming languages and new browsers rather than doing research on the users’ needs. My main goal was to find the best way to communicate the brand values of my clients and help them achieve their previously established business metrics.

Responsive web design, the iPhone, and my change of focus

As the years went by, I became more and more profound in my knowledge of web design and programming languages. Typography, color theory, heuristic and usability principles started to become my main focus. I wanted to communicate with users in a more empathetic way and find creative solutions to my clients’ problems.

These were my client’s main concerns, but I increasingly questioned who used the results of my projects and how they were used. At that time, I was developing web projects and interfaces for digital kiosks. Those were the first projects in which I went out on the street to observe real users. Little did I know that, naturally, my focus would begin to shift.

Back then, mobile phones were not what they are today. However, in 2007, Apple launched a revolutionary product: the iPhone. Users started to be on the move more than normal and it was around that time that I started to hear about user experience.

The content was (and still is) the king, as they say. It was impossible to design a useful and pleasant experience without getting to know my users better. When I would start a project focused on achieving marketing or business objectives, I began by questioning friends who could be users of the product about their needs and asking how a product like that could help them in their day to day. Before presenting a set of high definition layouts to my clients, I would start with some solutions in wireframes based on the small interviews I had conducted.

This whole process seemed natural to me. However, with the advancement of responsive web design, I couldn’t stop being totally focused on technology. Now I was designing for mobile phones first—frameworks like Bootstrap started to gain prominence, HTML and CSS evolved, and Javascript was increasingly fundamental to what I developed. But, little by little, I managed to convince my customers that it was necessary to know more about who used their products.

From front-end to UX design

More than 10 years after I started my professional career, I stopped being a web designer to evolve into a front-end developer. There I was, being sucked into the vortex of technology and code once again, but I never stopped focusing on the user. At this stage, when starting a project with different teams involved, I wore a shield to defend the end-users, the real customers for our projects.

“What problem do you want to be solved? Who, how, and when will you use your website, app, or interface?”

How many “wars” did I buy into because I wanted to defend the user when my clients just wanted to satisfy and increase commercial metrics?

During those days, I was working for a large social communication company, whose objective was to innovate on and renew its digital infrastructure. Even today I am grateful for a director who bet on me as a UX designer, and eventually became a friend and mentor. For the first time, I felt that I was on the path I wanted for my future. I began to consider what my next steps should be as a UX designer.

I had been investigating UX design for quite a while so I rolled up my sleeves and tried to apply everything I had studied. I made heuristic evaluations for redesigning our projects, scheduled meetings with the project stakeholders to understand their business needs, and presented our information architecture. All of my ideas started on paper and not in a line of code. I tried to do user research and test my sketches with real use cases before starting visual interfaces and development.

“How soon can we see the site online?”

I struggled as the only UX designer in a company where UX wasn’t of vital importance but continued to test the concepts we developed with real users. As I had a hybrid profile between the front-end and UX design, I found viable solutions in the development phase.

There was no time for prototypes or usability tests. Instead, user research was supported by customer personas created by the marketing department. However, in the beta phase of our products’ development, we managed to perform usability and A / B testing, and finally, the “a-ha” moment appeared.

Success is subjective and can be measured in different ways. I was thrilled to be invited to join a team exclusively dedicated to UX design for the first time.

Back in those days, there were more mobile phones than people, and mobile phone use increased year to year. My challenge as a UX designer was designing interfaces for mobile applications for phones used in countries where the technological and cultural conditions were very different from western countries.

I stopped worrying about the code. I wasn’t just designing for the web anymore and I was finally focused on the user, but the challenge was huge: I was thousands of kilometers away and I didn’t know the culture or the end-users.

Ideas were tested remotely. The prototypes were sent to another country and a local team carried out usability tests. We received the videos and final reports of those tests in return and the drawings were refined before being transferred to the development team. However, much of the information and findings were lost in the translation. There’s nothing quite like testing contextually, so there I went to visit a new country.

These were challenging and rewarding times. I finally felt like I was a UX designer.

How being a web designer helped in the transition

Today, I realize that my years as a web designer helped in the transition to UX.

Despite designing and developing exclusively for the web, my day-to-day involved solving my clients’ problems and developing useful, harmonious, and appealing web solutions, while testing, and learning from errors in a process of constant improvement.

I worked with several teams and methodologies, tools, and programming languages. With that, I gained a multidisciplinarity skillset necessary for UX design. User research, usability tests, information architecture, expert reviews, and prototyping are just some of the UX tools I utilize on the projects I’m involved in.

I see today that my experience as a web designer, focused on branding and technology, was extremely important for my career as a UX designer. I can speak the same language as the developers and understand the needs of businesses and projects better, which allows me to design better user experiences for their products.

A few years have passed since I first held the role of UX designer. It has been a constant learning process. The transition between being a web designer to a UX designer can be a natural path. It’s so natural that I find myself observing what people do on the street, looking for usability problems in everything that surrounds me from interfaces to the experience of riding public transport in Lisbon.

The important thing is to want to learn a little more every day by observing and listening to others. Learn from both the good and bad examples of UX, especially when you are providing something that may not be used as you expect. Above all, we have to be susceptible to a change of focus, to put ourselves in the other’s feet, and understand the different UX techniques and tools available to us to apply a User-Centered Design methodology in our daily work.